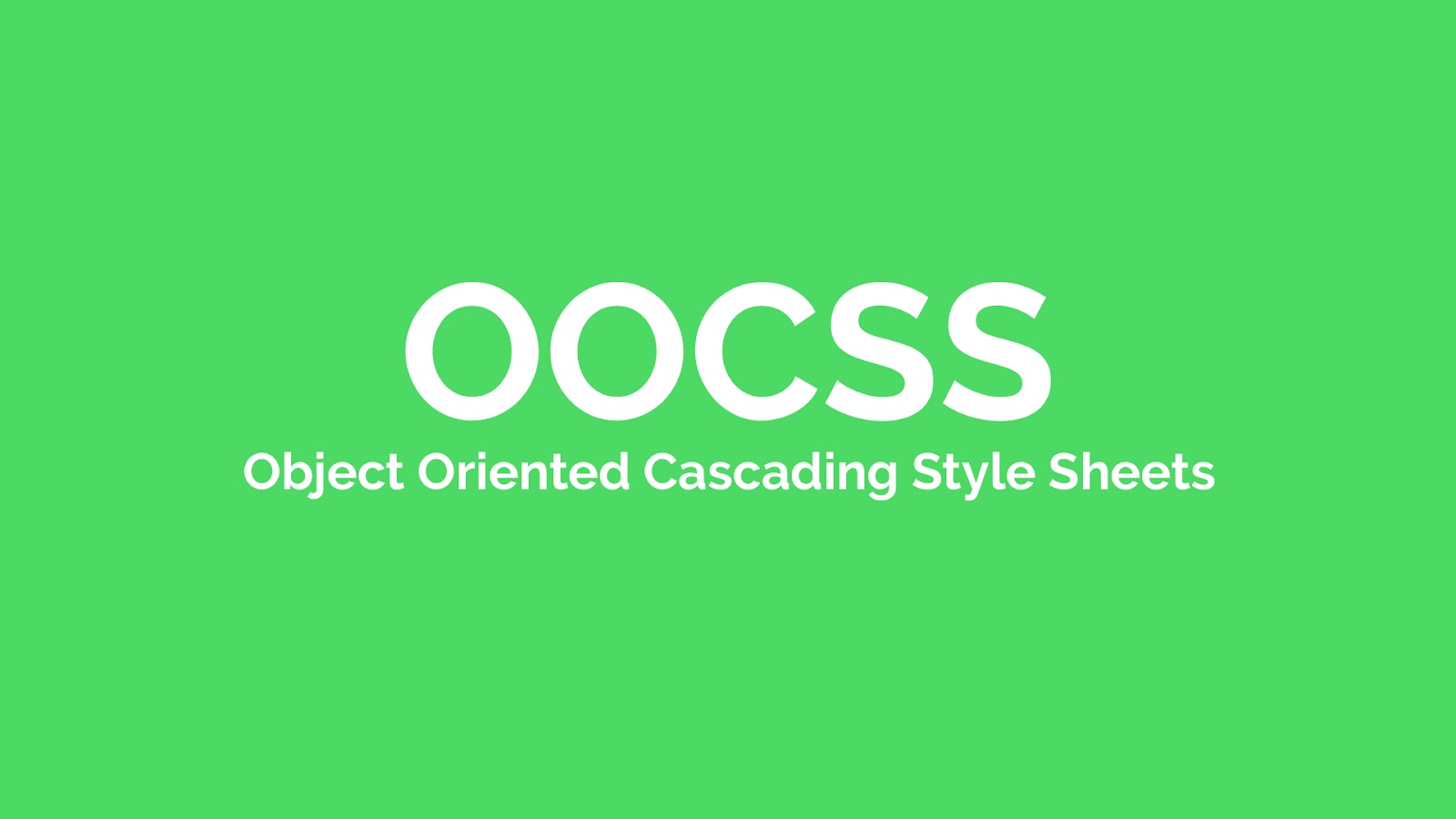 OOCSS (Object Oriented Cascading Style Sheets), it seems new also quite a mouthful name but, it is a half a decade old concept that makes visuals in front of the web page more robust and dynamic, in another way this concept helps to implement styling on web pages, much larger scale with more efficient manner.

So what is a CSS Object? Simply a CSS “object” more of a repeating visual pattern, that can be applied into an independent part of HTML, CSS and “quite possibly” JavaScript. That object can then be reused across the website. Similarly, in the OOP, a pattern abstracting into an isolated block of code.

There are two principals to follow in this OOCSS, firstly “Separating the structure and the skin”. What this thing mean is  to define repeating visual features such as background and border effects/styles as separate “skins” that we can combined or modified with various objects to achieve a large amount of visual data without putting too much code. There is another side, the separation of the skin and the structure means the classes to name the objects and their components, rather than depending just on the semantics of HTML. Referencing these kind of classes in our stylesheets, let’s say rather than directly styling the <p> (paragraph element). Its also flexible, for instance, when a new type of an element is about to introduce (e.g. <panda>), it could be integrated into the HTML without having to touch the CSS.

Second principle is the “separation of container and content” this means “rarely use location-dependent styles”. An object should look the same no matter where we put it, instead of styling a specific element with a class, create and apply a class that describes the element.

Popular posts from this blog

By Dumidu Neeshan July 26, 2016
Data science is a collection of Data inference, algorithm development and technology, focusing on to solve analytically complex problems. At the center, there is data, there are more valuable raw information streaming through the Internet and stored in enterprise data warehouses, what data science doing is, using all that data in more intelligent and creative ways to process and produce insights/information which is used to generate business value, in other way data science helps us to do quantitative data analysis, to make strategic business decisions, just about anything.    There is a side of data science, it's all about uncovering findings from data, it's called "discovery of data insight". whats happening with this is, we look at data in the smallest level we can, and with all the data mining tools, we can understand complex behaviors, trends. It's about revealing hidden information that can help users and companies(mostly companies) to make smarter
22 comments
Read More »